Sale
Zoom the image with the mouse 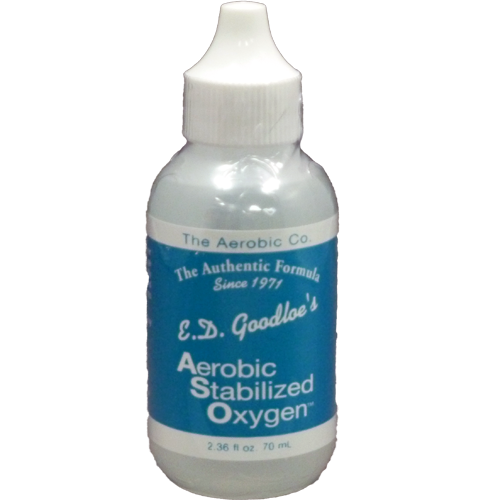 The ORIGINAL and AUTHENTIC "Aerobic Stabilized Oxygen" full strength formula developed by E.D. Goodloe** over 34 years ago. Ed Goodloe is the "Guru" of STABLIZED OXYGEN. This revolutionary product will allow you to store water for up to 5 years without rotation! One 2.36 oz bottle will stabilize 110 gallons (two 55 gallon barrels) of tap water for long term storage. Contains over twice the amount of oxygen (O2) as others.

Unlike chlorine or iodine, Stabilized Oxygen acts selectively and DOES NOT harm beneficial aerobic bacteria which is needed for good health. Most diseases and putrefying bacteria are anaerobic and cannot survive in the presence of concentrated oxygen.

Stabilized Oxygen is effective against harmful bacteria and microbes in drinking water without the need to boil the water. *Laboratory reports shows that 10 drops of Oxy-Stabile Stabilized Oxygen in 8 ounces of mountain water is effective against Giardia in just three minutes. It's a must when hiking, camping, mountain climbing, disasters, or when traveling… especially to third world countries where untreated water can be a major problem. Non-toxic and virtually odorless and tasteless when used as directed. Stabilized oxygen is a liquid concentrate of non-toxic stabilized electrolytes of OXYGEN in molecular form. It contains various oxides of chlorite. Oxygen molecules are stabilized to chlorite molecules derived from salts. Components: Water Electroytes, Oxygen, Carbonates, Sodium, Chlorites and Sulfates.

Can also be used to treat water for immediate drinking and as a "natural" antibiotic. Disinfects scratches, cuts and minor wounds.

For extended water storage: For normal treated tap water (from a chlorinated water source) use approx. 1.15 ounces per 55 gallon barrel. To treat 20 gallons, use a little less than 1/2 an ounce per barrel (.46 oz).

When using non-treated well or stream water, use approx. 20 drops per gallon (up to 5 year without the need of rotation).

What is *Aerobic Stabilized Oxygen™?

Aerobic Stabilized Oxygen™ (ASO) is an aqueous solution of nontoxic electrolytes of oxygen in molecular form identical to the molecules in the respiratory system. Molecular oxygen is the correct source of life and energy to all cells and plays a critical role in the proper functioning of the immune system.

Discovered approximately 70 years ago by a research scientist/medical doctor. In 1971 this proprietary formula became available to the late E.D. Goodloe. Acquiring further documentation, he introduced ASO to the American public.

Today, the ever popular *Aerobic Stabilized Oxygen™ is as much in demand as the first day it was introduced. Normal flora (friendly bacteria) is stimulated creating a hostile environment for anaerobes. ASO is non-caloric, not a drug nor a toxic hydrogen peroxide product and can be used in cool liquids at anytime, anywhere. Interestingly, chlorinated tap water odor dissipates after five to 10 drops of ASO is added to 6 to 8 oz. of water.

Many companies market stabilized oxygen products in the USA and Canada enrich themselves claiming Mr. Goodloe’s research and laboratory data as their own which is not true. Of utmost importance is recognizing stabilized oxygen products are not of equal quality. Aerobic Stabilized Oxygen™ embodies the highest molecular oxygen level (parts per million) marketed worldwide, guaranteed authentic only when E.D. Goodloe’s name appears on the label.

Q. What what is so special about "E.D. Goodloe's Aerobic Stabilized Oxygen™"?

A. Ed Goodloe is the original "guru" of stabilized and his "Aerobic Stabilized Oxygen™ formula is the only product on the market that is molecular stabilized oxygen in an aqueous non-toxic solution. Never before has oxygen been stabilized in an aqueous form.

Q. How long has this product been on the market?

A. Mr. Goodloe first introduced "Aerobic Stabilized Oxygen" it in Dallas, Texas 30 years ago. Ed Goodloe has passed on a few years back, but his widow continues running the company today under the same high standards.

A. Indefinitely. The stabilization of oxygen molecules prevents it from dissipating.

Q. How effective is Aerobic Stabilized Oxygen in questionable drinking water or other liquids?

A. It is very effective. Aerobic Stabilized Oxygen selectively kills harmful bacteria, microorganisms on contact and extends the shelf-life of tap water for storage. No need to boil or filter your water before storage. For untreated stream or lake water use 10 drops of in 8 oz. of water is effective against Giardia lamblia in about 3 minutes.

Q. How should I store Aerobic Stabilized Oxygen™?

A. At normal room temperature. No refrigeration required. Keep out of direct sunlight and/or fluorescent lighting.

His professional background was soil microbiological in the creative sciences.

A molecular oxygen compound changed the direction of Mr. Goodloe's life in 1971. His agricultural background enabled him to recognize the impact an aqueous solution of this caliber could have on the human condition. No information for general use existed until Mr. Goodloe researched its credibility and application before introducing stabilized oxygen to the American market. Following a series of trade names from Agua Sana, Ster-Bac to Aerobic 07®, the current trade name Aerobic Stabilized Oxygen™ evolved.

In perpetuating his legacy, the original Aerobic 07® propriety formula was renamed E.D. Goodloe's Aerobic Stabilized Oxygne™, The Authentic Formula Since 1971.

Returns Policy
You may return most new, unopened items within 30 days of delivery for a full refund. We'll also pay the return shipping costs if the return is a result of our error (you received an incorrect or defective item, etc.).
You should expect to receive your refund within four weeks of giving your package to the return shipper, however, in many cases you will receive a refund more quickly. This time period includes the transit time for us to receive your return from the shipper (5 to 10 business days), the time it takes us to process your return once we receive it (3 to 5 business days), and the time it takes your bank to process our refund request (5 to 10 business days).
If you need to return an item, please Contact Us with your order number and details about the product you would like to return. We will respond quickly with instructions for how to return items from your order.

7 GREAT REASONS TO BUY FROM NITRO-PAK 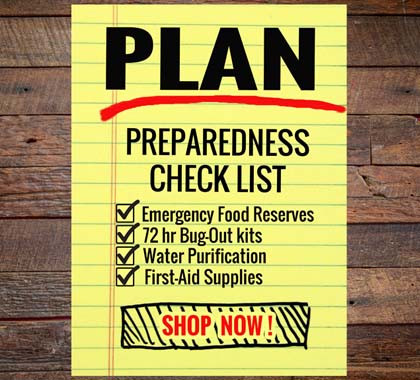